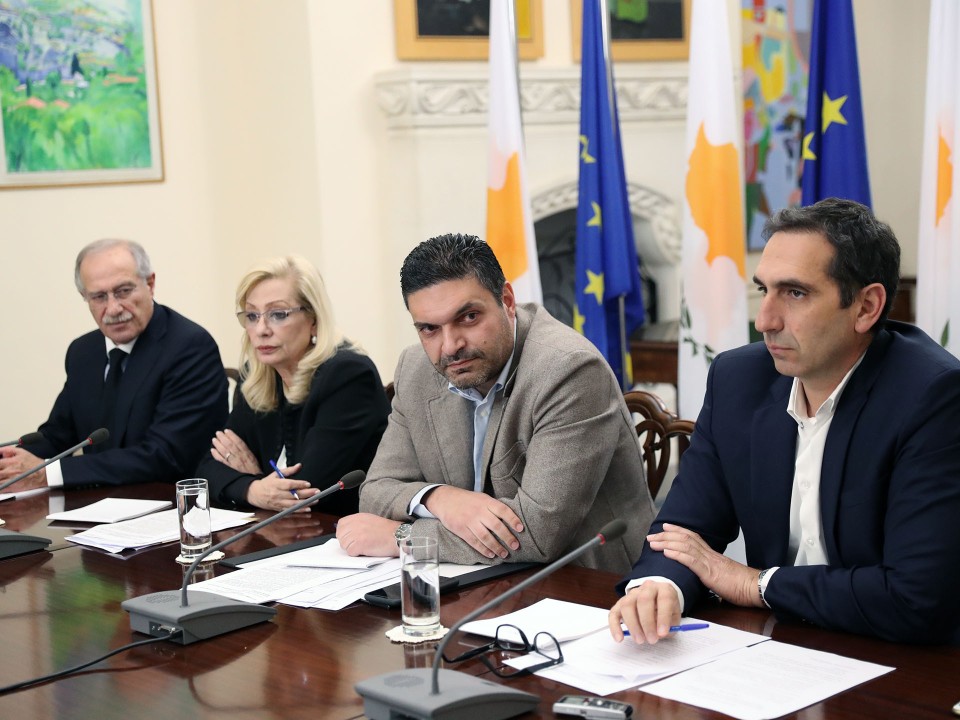 On 7 April the Republic of Cyprus government issued €1.75bn in new debt, less than three months after issuing €1.75bn at lower interest rates in January. Given its fairly comfortable fiscal position (see below), it was the fiscal equivalent of hoarding toilet paper. Not surprisingly, therefore, those of you who follow Cyprus-based economists on Twitter will know that the move somewhat divided opinion.

On the one side were those who argued that the government should not move so fast. For example, Stavros Zenios, Professor at University of Cyprus and the Wharton Financial Institutions Center, argued that this is not the same situation as the banking crisis of 2013 when Cyprus was alone and not even certain that EU support was coming. This time, central banks are throwing money at the problem, which means interest rates are likely to remain low for a long time to come. Borrowing money during the uncertainty ahead of the Eurogroup meeting that finished yesterday (9 April) would only mean paying higher interest rates than necessary.

Others, such as Demetris Georghiades of the independent Cyprus Fiscal Council, said https://www.stockwatch.com.cy/el/article/dimosionomika-oikonomia/d-georgiadis-prosohi-sto-dimosio-hreos that the government needed a buffer but also cautioned against using the money to lend directly to unviable businesses.

The money was not needed immediately

A difference of opinion is not surprising. Taking the government’s estimate for a real GDP contraction of 5% this year, and assuming zero inflation at best, the new debt issuance is likely to take the debt/GDP ratio from 95.5% in 2019 to 107.5% of GDP in 2020, even before adding any budget deficits and created by the crisis. Although the famous Reinhart and Rogoff argument that high debt has a negative impact on growth has now been widely questioned https://qz.com/88781/after-crunching-reinhart-and-rogoffs-data-weve-concluded-that-high-debt-does-not-cause-low-growth/, a debt/GDP ratio below 100% is still part of the folklore that affects market perceptions and eurozone politicians’ willingness to lend.

In addition, as I outlined in more detail in the March issue of Sapienta Country Analysis Cyprus, the Cyprus government did not have any immediate need for funds. It was running a primary surplus (meaning money left over after interest payment on debt), and it had enough cash at the Central Bank to cover more than a year’s worth of debt payments. I calculated that this was the case even after one included the €813m combination of direct fiscal support and deferred tax and other revenues.

So why did the government rush to issue debt? I believe there are a number of key reasons.

The spectre of junk status

The first and primary consideration was probably the fear of being downgraded to junk status. As economist Frances Coppola has pointed out http://www.coppolacomment.com/2020/03/shut-down-ratings-agencies.html, the rating agencies have been falling over themselves to downgrade debt issuers in the past few weeks. Not even the biggest names are immune. On 9 April, Fitch Rating Agency downgraded British Airways to junk. https://www.bloomberg.com/news/articles/2020-04-09/british-airways-lands-in-junk-territory-after-fitch-cuts-rating

Cyprus’ sovereign credit rating spent more than six years in the wilderness before finally being lifted out of junk status by Standard & Poor’s in September 2018. However, it is only one notch inside investment grade and Moody’s Investor Service still rates Cyprus two notches inside junk. Junk status has all kind of knock-effects: on banks, on the cost of doing business and on the ability to attract investment.

In its most recent rating action on 3 April, Fitch kept Cyprus at BBB- (only just inside investment grade) but adjusted the outlook to “stable” from “positive”. Yields on 10-year bonds leapt 283 basis point on the news. Fitch said that one factor that might lead it to lower the credit rating further would be a “[s]tronger and sustained macroeconomic impact from the COVID-19 pandemic”. Clearly, it is far too early to tell whether the impact will be sustained. The UK, which is the source of one-third of all tourists, is still on a steep infection curve https://www.ft.com/coronavirus-latest.

Another reason is likely to have been infighting in the Eurogroup of finance ministers about whether or not to issue common debt in the form of “Corona bonds”. While there was no agreement on this topic, they did finally agree late on 9 April on a compromise package, https://www.bloomberg.com/news/articles/2020-04-09/eu-finance-chiefs-agree-on-590-billion-virus-rescue-package which includes €240bn of loans from the European Stability Mechanism (ESM) under lighter than usual conditions.

However, it is not yet a done deal, as it has more procedures to go through. Moreover, this amount might not be enough for Cyprus’ total needs. The head of the ESM, Klaus Regling referred https://www.esm.europa.eu/press-releases/klaus-regling-european-response-corona-crisis  to benchmark support of 2% of GDP”. This would be just under €440m for Cyprus based in 2019 data. Moreover, the ESM funds may only be used “to cover only corona-related costs”. Thus, it will be useful for the wage support during the lockdown. But if Cyprus lost access to international markets it could not be used to make the €987m in debt payments due in 2021.

Another reason for acting quickly is that the government has yet to persuade members of parliament (MPs) to pass the bill that will provide a state guarantee to €2bn worth of loans. The MPs have somehow seen this as a state bailout of the banks, although one can assume, based on their behaviour over foreclosures legislation, that they are also trying to bargain favours for certain key clientele. Under the abovementioned Eurogroup deal, Cyprus would be eligible for around €400 million in European Investment Bank (EIB) guarantees, therefore not as much as the amount under discussion.

Another key reason, which only became clear when it ruled today, was the Supreme Court decision on the cuts in public-sector pay and other remuneration implemented during the banking crisis. The Supreme Court ultimately found in the government’s favour. But had it decided that the cuts were unconstitutional, Cyprus would have had to find around €814m in back-payments at a time when its borrowing costs were already under pressure.

Another possible reason in the back of the government’s mind could be out of date or misinformed analysis from high-profile institutions. This is an age-old problem for the country, partly caused by the fact that Cyprus is not a member of the OECD (thanks to the Cyprus problem), so is not analysed as closely or as often as even much smaller countries such as Iceland. Bad analysis reinforces the biases of equally ill-informed market participants. (It does not help that Central Bank insists on issuing important announcements in scanned Greek PDF that you cannot even throw into Google Translate.)

The most recent sinner as regards bad analysis is the European Bank for Reconstruction and Development (EBRD). Even though, as explained above, Cyprus had enough fiscal space to cover all of its debt payments this year as well as the €813m emergency fiscal measures to date, the European Bank for Reconstruction and Development (EBRD) labelled https://www.ebrd.com/cs/Satellite?c=Content&cid=1395289845931&d=&pagename=EBRD%2FContent%2FDownloadDocument Cyprus in April 2020 as having “low” fiscal policy space. Looking at its methodology, the EBRD was clearly using out-of-date debt data, assuming that the debt/GDP ratio was over 100%. As subscribers to Sapienta Country Analysis Cyprus will know, it has been clear for several months that Cyprus’ debt/GDP ratio was going to be below 100% of GDP in 2019. Data released on 3 March confirmed it.

The same EBRD paper claims that Cyprus’ tourism revenue accounts for more than 20% of GDP. This is simply not true. It has not been true since 2001. Cystat data reports tourism revenue in 2019 as €2.7bn, which is 12.2% of GDP. Central Bank of Cyprus balance-of-payments data show travel credit at a slightly higher €2.9bn (including business and education travel), which is 13.3% of GDP. On a value-added basis, accommodation and food services is just 6.1% of GDP. Even if you throw the entire wholesale and retail sector into the mix (9.5% of GDP), which there is no reason to given daily food sales to residents, you cannot reach 20% of GDP. Yet all across the world, markets will be reacting to false information from a big-name institution about Cyprus. If you think this is a shameless plug for more up to date analysis from Sapienta Economics, you are damn right it is! Get in touch via the website www.sapientaeconomics.com to if you want to see subscription options.