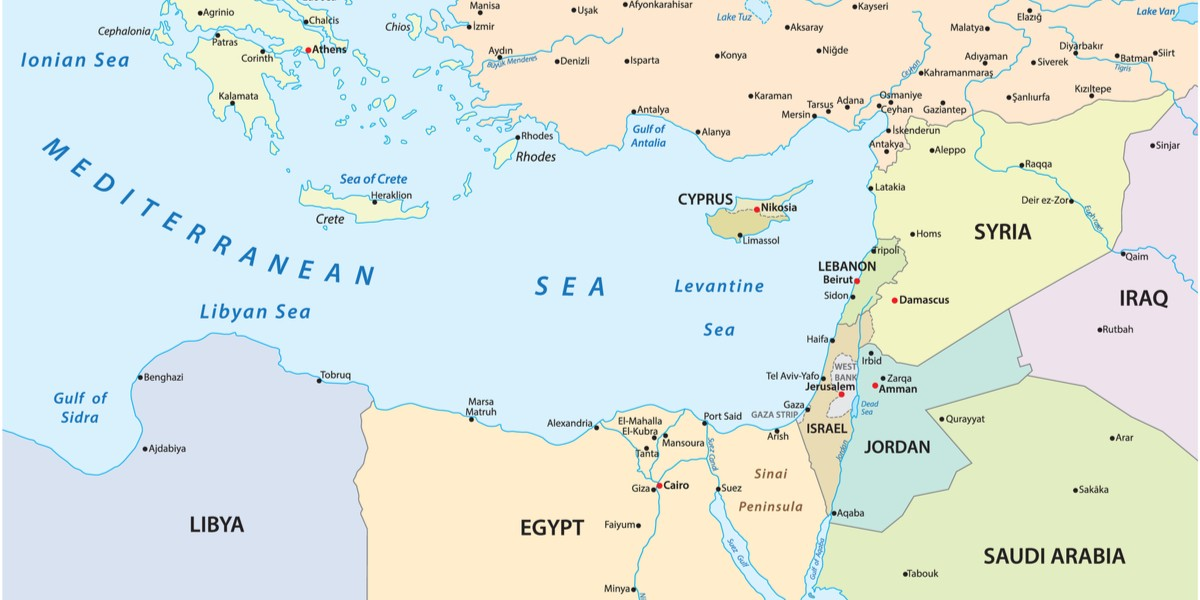 At the European Council meeting on 10-11 December 2020, EU heads of government asked the High Representative, Josep Borrell, to “to take forward the proposal of a multilateral conference on the Eastern Mediterranean”. The difficulties inherent in bringing all players together is reflected in how its description has changed. When it was first mooted earlier in 2020 it was dubbed a gas conference, then an energy conference, then something that might be done under UN auspices, and now the terminology seems to have settled on “Multilateral Conference on the Eastern Mediterranean”.

I will not fill up this article with all the geopolitical obstacles to bringing everyone together. Suffice it to say that there are plenty of them.

Yet despite the difficulties, it is a worthy cause. To mangle an old beer advertisement, the EU can refresh the parts that the UN cannot reach, because of its limited mandate. A region in which all countries are pulling in the same direction on energy cooperation has all kinds of spin-off effects for peace and security. Here are the most obvious.

Energy stability. These include connecting Cyprus, Israel and Egypt to the ENTSOE European electricity grid. Turkey and Greece are already a part of this network. One can conceive of expansions to include Lebanon, which is suffering daily power cuts, Jordan and Palestine. Countries with a constant electricity supply are more stable socially, politically and economically. Countries that are interconnected are less vulnerable to cyber attacks and are less likely to go to war with each other.

Energy investment. Interconnectors (submarine electricity cables) carry electrons, not gas. This means there is something for everyone: natural gas, solar, wind, biomass and so on. It means that everyone in the region can ramp up electric car use. This is another bonus, as green transport will be attractive to the next generation of environmentally conscious tourists. In other words, expanding the energy pie unlocks a whole range of investments that would not take place otherwise. These include investment in electric car infrastructure as well as upgrading electricity grids.

Fewer water conflicts. A third benefit is the prospects for desalination in a drought-prone wider region, especially if it is powered by renewable energy. At present, water scarcity presents a rising risk of conflict in the region. But the desalination plants that might address the water issue are an energy-intensive business powered by fossil fuels. An East Med electricity grid that allows green desalination would significantly reduce the rising risk of conflicts related to water scarcity in North Africa, the Near East and beyond.

At the moment, offering this kind of vision to politicians in the region is made difficult by two factors. First, they have spent an enormous amount of political capital on natural gas and all the maritime boundary disagreements that accompany it.

Second, many are only just waking up to the fact that natural gas is not the route to riches that it once was, especially after the EU’s decision to go carbon-neutral by 2050.

In short, politicians need a face-saving way out of the hole they have dug for themselves.

This is where the EU comes in.

Regional politicians need a vision they can sell to their voters that is a satisfactory replacement for the “gas wars”.

To do that, politicians need to understand the opportunities of energy cooperation. For that, they need apolitical institutes that are bang up to date on where energy is heading and how it can be commercialized. I have one in mind – and for the avoidance of doubt, I do not have any affiliations with it.

Either as part of the process or shortly afterwards, it needs to be shared with the relevant energy companies for feedback.

Then the ideas need to be shared, bilaterally and privately, with various regional politicians.

Once the politicians can imagine a future of energy cooperation and how they can benefit from it, the EU-led shuttle diplomacy starts.

And when the vision has been turned into deals, that is when we have the final grand conference with all the signatures and handshakes.

It is a long process but one which the EU has plenty of incentives to cut its geopolitical teeth on.

Since there will no doubt be plenty of concerns about these ideas, let me address some of challenges to them.

There are some who will worry that Cyprus will be out-manoeuvred by bigger powers. My response: as noted in a report this week by Professor Michael Tanchum, things are already moving fast in this region on energy issues. Indeed I believe Cyprus may already be being out-manoeuvred, even by some of its closest allies.

There are some who will worry that getting big energy companies in a room will raise temptations to carve up the market among themselves. This is why it is important that the EU, with all its anti-competitive power, plays a key role.

Finally, there are some who might think I have personal or commercial interests in presenting this idea. My clients span oil and gas majors, renewable energy investors and large organizations involved in trying to solve the Cyprus problem. I am proposing this because I honestly believe it is a win-win for all of them.

Last but not least, for personal reasons Cyprus, this island of love, is my adopted home. I shall probably be buried here. I have as much interest in a peaceful, sustainable settlement of the Cyprus problem as the next person.