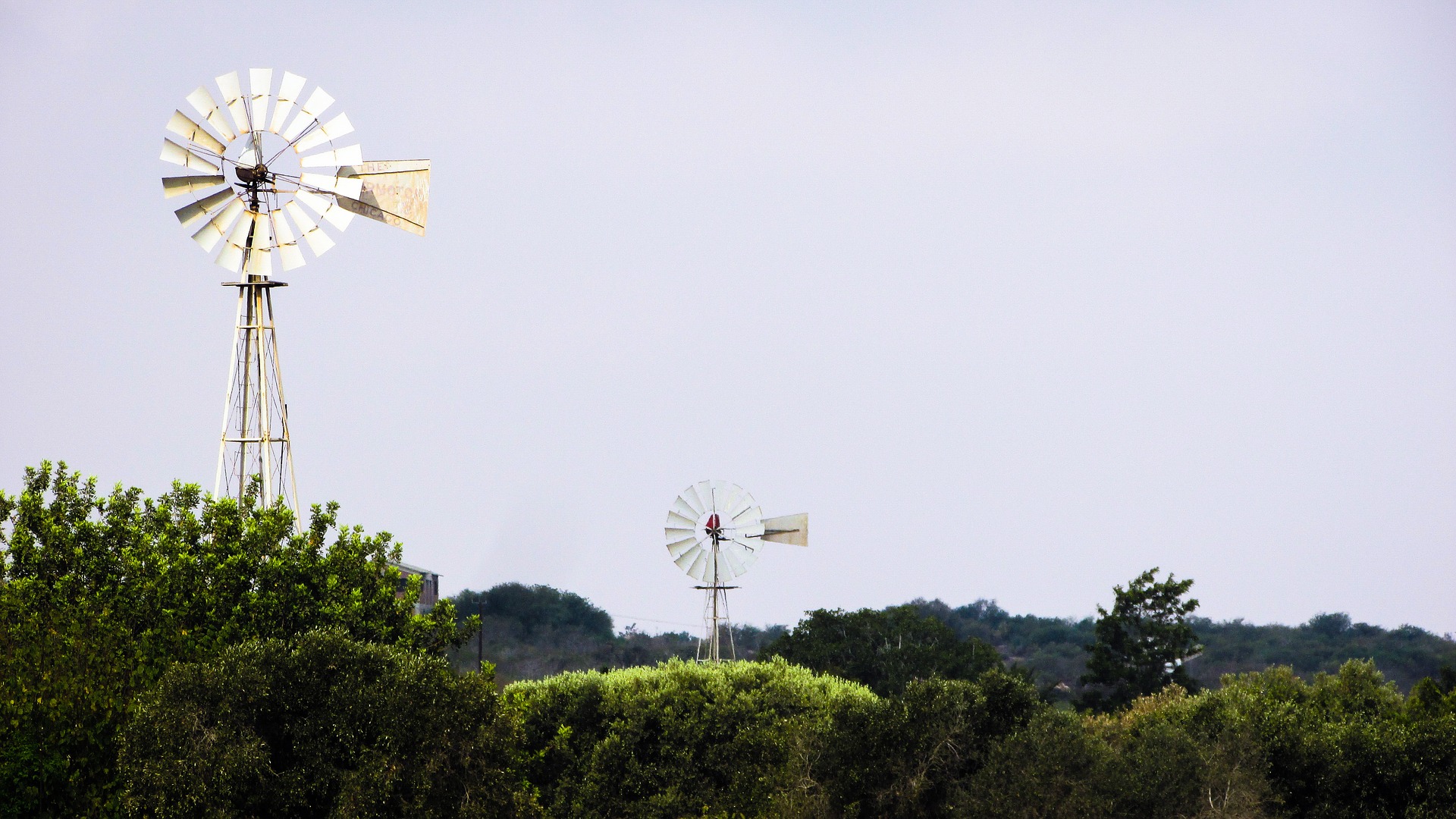 Photo by Dimitris Vetsikas from Pixabay. A Greek translation of the following interview with our Director, Fiona Mullen, was published in Phileleftheros on 29 September 2019.

The collapse of Thomas Cook last week, which left 15,000 tourists stranded in Cyprus, has once again raised questions about the appropriate model for tourism in Cyprus. We asked Fiona Mullen, Director of Nicosia-based Sapienta Economics, for her thoughts about what Cyprus’ tourism priorities should be in the coming years.

What does the collapse of Thomas Cook mean for Cyprus tourism?

There are two conclusions to be drawn from this week’s developments: the short term and the long term. The first, of course, is the immediate hit to companies in the tourism sector. Around 15,000 tourists were stranded, hotels worry that they will not be paid, and banks worry that hotels will not be able to pay their loans. This is happening at a time when tourism arrivals were already weak. Total arrivals rose by only 0.6% in the first eight months of the year, compared with the same period of 2018. Arrivals from the UK were a little better, a 1.5% in the same period. But it will take other airlines time to replace lost capacity, so we are looking at even weaker tourism figures for the rest of the year.

What is the longer-term impact?

In the longer term I think it is a warning shot about the kind of tourism we offer as a country. For a long time we have been relying on package holidays. They account for just under 60 per cent of all tourists according to the Statistical Service, Cystat. Package holidays are offered by companies like Thomas Cook, Monarch and Germania. All three have now collapsed.

This means that basically two out of every three euros we earn from tourism relies on a model that is high in volume but also very high in risk. These companies operate with lots of debt and very small profit margins. One small change in the oil price, the exchange rate, or a little bit of instability can destroy them. Even the Russian market is heading in that direction and it worries me. It is an unsustainable model.

So how do we change the model?

I think the current government has recognised it as an issue. It is doing a lot to try and encourage wealthier tourists, with marinas and so on. But there is another angle which I think we can focus on and it is an angle that only occurred to me last week, when we saw millions of young people marching against climate change.

These young people will be our tourists in fifteen or twenty years’ time. But the problem for Cyprus is that these people will be very reluctant to get on aeroplanes, because, for the time being, they will run on fossil fuels. This is a huge risk for Cyprus, which is further away in Europe than other destinations. It will be “uncool” to come here. In fact the change is already happening. Sweden has a word for it: “flygskam”, or flight shame. It is “shameful” to fly long distances on holiday. And guess what? Tourism from Sweden is down 5.1 per cent this year.

So we face a big risk for tomorrow’s tourists. But we also have a “green opportunity” to change that if we are smart enough to plan ahead.

What would Greta want?

The green opportunity lies in using the island’s best asset, namely the sunshine. When I think about tourism in fifteen years’ time I think: what would the 16 year-old climate activist Greta Thunberg want? She would want to come here by carbon-free boat. So we need ferries. She would want to get to her hotel on a safe bus that runs 24 hours per day. She would want that bus to be powered by electricity, which in turn is fuelled by the sun or wind. She would want to stay in a zero-carbon hotel. She would want to eat organic food, cultivated using permaculture techniques, which use little water. And she might want to hire an electric vehicle to get around.

Here I should make a declaration of interest. I am a non-executive director on the board of the Aliatis Fund, which is working to brings tens of millions of euros of investment in solar power that can also be used for electric vehicles for tourism. I believe it is the only investment fund that is actually investing in real assets, real jobs in Cyprus, and not just in other funds.

The reason I find this investment so promising is that you can attract the climate-sensitive tourists of the future with it. You can offset the fact that Cyprus is a long way from central Europe by promoting “zero-carbon holidays”. So suddenly, for the next generation, it will become “cool” to visit “green Cyprus”, because you are supporting the climate.

What about our investments in gas?

I realise that those who have invested in domestic gas consumption are a bit scared of solar. It seems the government has issued more permits, in terms of megawatts, for gas-fired plants than for solar. But my message to those investing in domestic gas consumption is that there is room for both solar and gas. To attract the next generation to come here you will need to offer safe, reliable, clean public transport and electric cars. That needs additional electricity. Public transport will also help the higher education sector to grow, as the students will use it. Gender specialists will also tell you that safe public transport helps bring more women into work, which is good for the sustainability of pensions. The point about the green vision for tourism is that the pie gets bigger. So there will be room both for gas and for solar.

But to get to “green Cyprus” it needs a total rethink across all ministries. You need to think differently about urban planning, about transport, about building permits and things like the cost of using private cars.

Where should we start?

There is a small opportunity with the tenders for new bus licences. Prioritising green, safe, reliable buses would be a way of sending a signal that things will change. But I also have a slightly crazy idea that relates to Varosha and how to prevent Turkey’s plans to build the concrete “Copacabana” you wrote about the other week.

As the Famagusta Mayor Simos Ioannou confirmed recently, Varoshans are already being approached and tempted with offers. Some say they are offering casino licences. The last thing Cyprus needs is for Varosha to be turned into a concrete casino city. The casinos in northern Cyprus are not regulated and they are thought to be channels for money-laundering. So if Greek Cypriots are involved in this it will be really bad for Cyprus’ already tricky reputation. It will give international media yet another reason to bash Cyprus.

So how do you stop it? You offer Varoshans an attractive alternative that will generate a lot of EU investment. These days the European Investment Bank, the European Bank for Reconstruction and Development and even the big private banks are all competing with each other for who can make the biggest green investments. Cyprus can tap that opportunity.

So my suggestion to the government is to lobby the EU member states to say, “if Varosha is opened in the context of a united Cyprus, we will throw a lot of money at turning the whole of Famagusta into a green city”.

This does two things at once: it prepares Cyprus for the tourists of the future in the way I described before. But, importantly, it also gives people a reason to look forward to a solution of the Cyprus problem. For many Cypriots, a solution is all about risk. They need to be offered something that they can see will benefit everyone. A shiny new green Famagusta that will attract the next generation of tourists is a way to do that. Here I have to declare another interest. I am a volunteer in the Famagusta Ecocity Project. The reason it interests me is because it is something that will be good for the Cyprus tourism industry, it will attract a lot of EU investment, it would make the pie even bigger than electric cars and buses will, so it is something that everyone can get excited about.

We now standing at the threshold of a new era. I really do think that Cyprus has the opportunity to ride the wave of climate change in a way that everyone will benefit. We just need to think long-term and grasp that opportunity.