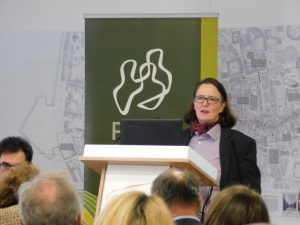 Sapienta Economics Ltd is a consultancy based in the Republic of Cyprus. The company produces economic and political analysis, primarily on Cyprus, for prestigious international and local clients. We are committed to independent analysis and have no ties to any government or political party, either in Cyprus or abroad. Clients of our monthly flagship Sapienta Country Analysis Cyprus include more than a dozen embassies, big four accounting firms, oil and gas majors, banks, fund managers, large foreign direct investors and others.

Director Fiona Mullen has been providing economic and political analysis and research to an international audience for over 20 years. She was the Cyprus contributor for the Economist Intelligence Unit (EIU) for 15 years (2001-15) and has served as the economy adviser to the UN’s Special Adviser to the Secretary-General on Cyprus (the UN good offices mission) from April 2008 until February 2016, and again since late 2017, advising on the economic aspects of a settlement of the Cyprus problem including property-related issues.

Mullen is the author of several publications on the economy of Cyprus. Prior to living in Cyprus Mullen was Director of the flagship Country Reports and Country Profiles at the EIU and Senior Europe Analyst. She was the Senior Analyst from 2002 until 2006 at the Financial Mirror, Cyprus’ only financial newspaper.

In 2009 Fiona Mullen was awarded the first Stelios Award for Business Cooperation in Cyprus together with her Greek Cypriot and Turkish Cypriot associates, Praxoula Antoniadou Kyriacou and Ozlem Oguz for their research into quantifying the commercial opportunities of a solution to the Cyprus problem (see publications).

Fiona Mullen has been frequently interviewed on the Cyprus economy, including by The Economist, the Financial Times, Le Monde, Der Spiegel, ThomsonReuters, the Wall Street Journal, Al-Jazeera, BBC World TV, BBC Radio 4, BBC Radio 5 Live and CNN among others. Fiona Mullen comments regularly on economic matters in the Cypriot press and in October 2008 was invited to write a guest column in the Financial Times. For the (subscription-only) article on FT.com click here.